What Is Going on with NJ SRECs?

SRECs have been the solar incentive in New Jersey that has propelled NJ solar to great heights as one of the top producers of solar energy in the country.

New Jersey’s governor, Phil Murphy, has been a great supporter of solar energy. In 2018, he signed the Clean Energy Act, which brought about great hope for the future of solar in New Jersey, but some confusion on how the State would function under its current program in the meantime.  Under the Clean Energy Act, the SREC program, known as SREC 1, is to end once the state hits 5.1% solar capacity. New Jersey is nearing this point quickly, so details on when exactly this will happen and what will happen afterwards is important. In addition to calling for the end of SREC 1, the Clean Energy Act also calls for a study on how to replace SREC 1 and a mandate that the cost cap not exceed 9% (cost cap is the maximum cost solar can cause to ratepayers).

How the State will meet these targets given the current cost cap limitations is to be determined, and more pressing is how the current SREC program will end, and what a new one will look like.

Immediately there has been confusion as to when to consider that the state has reached the 5.1% solar capacity.  Ideally it would be when 5.1% has been reached in terms of the solar pipeline. This way there is no race to the finish line which could cause some major quality control issues if it is based off of 5.1% installed.  Another problem with it being based on 5.1% installed is that if the installed solar capacity is even a fraction over that amount, then the market would be in oversupply. It might not sound like a big deal for New Jersey to be at 5.11% installed for example, but the problem is that since it is a 10 year program, the oversupply will compound year over year.  This would result in an unnecessary collapse to the current SREC program, and a real problem for all the people who adopted solar energy first in New Jersey. The good news is that many Stakeholders, including local solar lobbying group, MSSA, have made the BPU aware of this predicament. All stakeholders and the BPU now understand how important it is that the program be shut down at the right time – whether it be based on installed or pipeline jobs.

Currently, it looks like the program will end at 5.1% installed.

The estimate is that this will happen sometime around November of 2019.  Given the average 3 month window of a residential solar installation, homeowners who have been considering going solar and taking advantage of solar incentives like SRECs, should considering moving forward with the project now rather than later to be sure they will get the full benefit of the SREC program.

After the target of 5.1% is reached, a new “interim program” will be initiated until the SREC II program is formalized in 2021.

Based on the latest MSSA conference calls, it looks like the interim SREC program will be the same as the current program but at 80% of the current value. So instead of 1 SREC per every 1,000 kWhrs, it will be .8 SRECs for every 1,000 kWhrs.  The good news, is solar still makes a ton of financial sense in New Jersey even with the 20% reduction in SREC prices.

Of course the interim program outline and the timeframe for the closing of SREC 1 remain speculation.  The bottom line, is that the program is changing and likely to a lesser priced incentive. So you if you have been interested in the past but have been holding off, we recommend getting a quote and following through with your solar contract before summer of 2019. 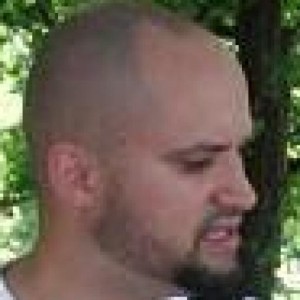