October 4, 2017, Milford, NJ: Last week I had the pleasure of visiting Tassot Apiaries in Milford, NJ to sit down with the owners, Jean Claude and Bea Tassot.  The Tassot family recently had a solar battery backup system installed on their home and working bee farm, or “Apiary” as it is also known.  Solar battery backup systems, with lithium batteries, are the future of solar energy, and the Tassot’s confidently pursued the technology as early adopters. 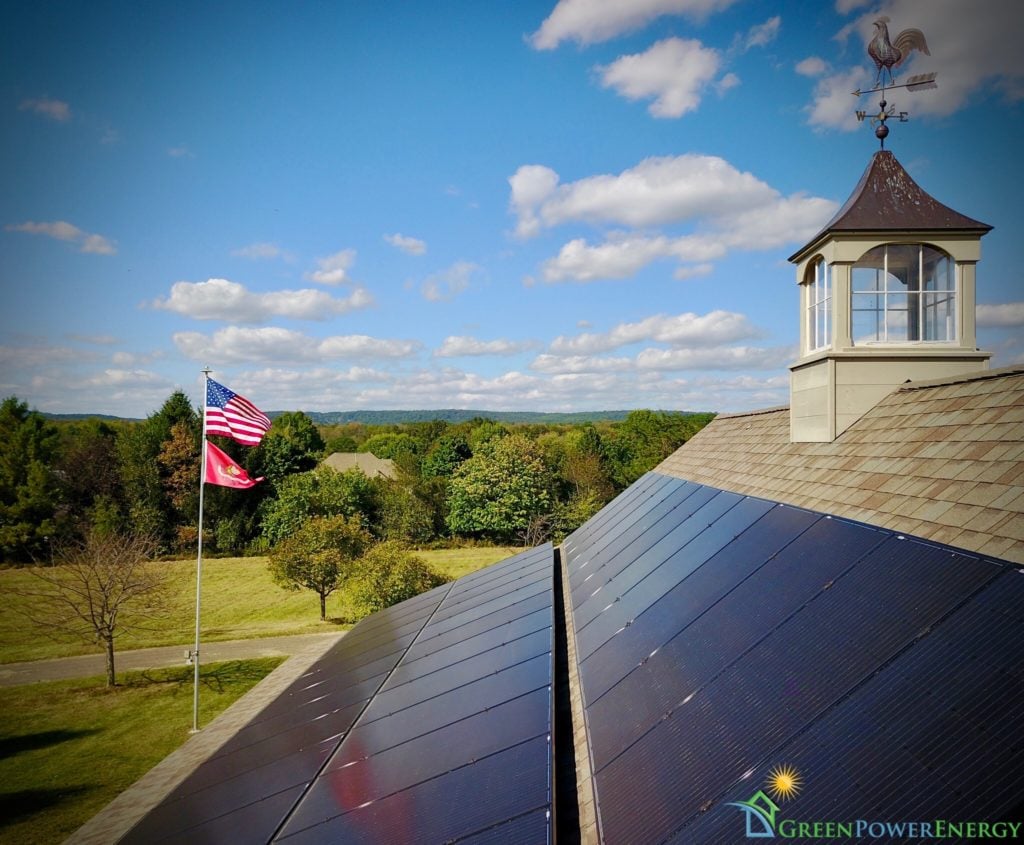 Jean Claude and Bea live on the property of 12 open acres of farmland just a stone’s throw from the Delaware River. Their home has a French country feel which is no coincidence.  Jean Claude and Bea are French-Americans. Their process and love for honey resemble the care, knowledge, and love possessed by French wine sommeliers. The Friday afternoon of my visit was a perfect autumn Friday.  Not a cloud in the sky, and a comfortable temperature in the mid 70’s.  Their shop was open, the chickens were feeding, the bees were buzzing, and the pigs were rolling in the dirt.  The ground was dry from a lack of rain, and this created a crisp, golden feel that made the location idyllic.  If I squinted my eyes a bit I was back in France.

Jean Claude started beekeeping in the Burgundy region of France with his great-uncle as a young boy at the age of 5.  He said to me with a smile, “but early on I didn’t like it, you know, because of the bee stings.” Jean Claude is the President and beekeeper who has grown his passion as a “sideliner,” to a successful commercial beekeeper.  His wife, Bea, is the Vice President and the business development & marketing force behind the operation.  Since 2002, they have been harvesting honey.  They started in Long Valley, NJ before moving to Milford several years ago.  The first year they had 1 hive that produced an astounding 80 pounds of honey.  It was more than they could consume so they started selling it to neighboring farms, and the business was born.  Today, they have over 200 hives, some on their farm and some at different farms across Hunterdon and Somerset counties.  They sell in their store on site, to different health food stores like The Basil Bandwagon in Flemington and Clinton and on many farmers’ markets. 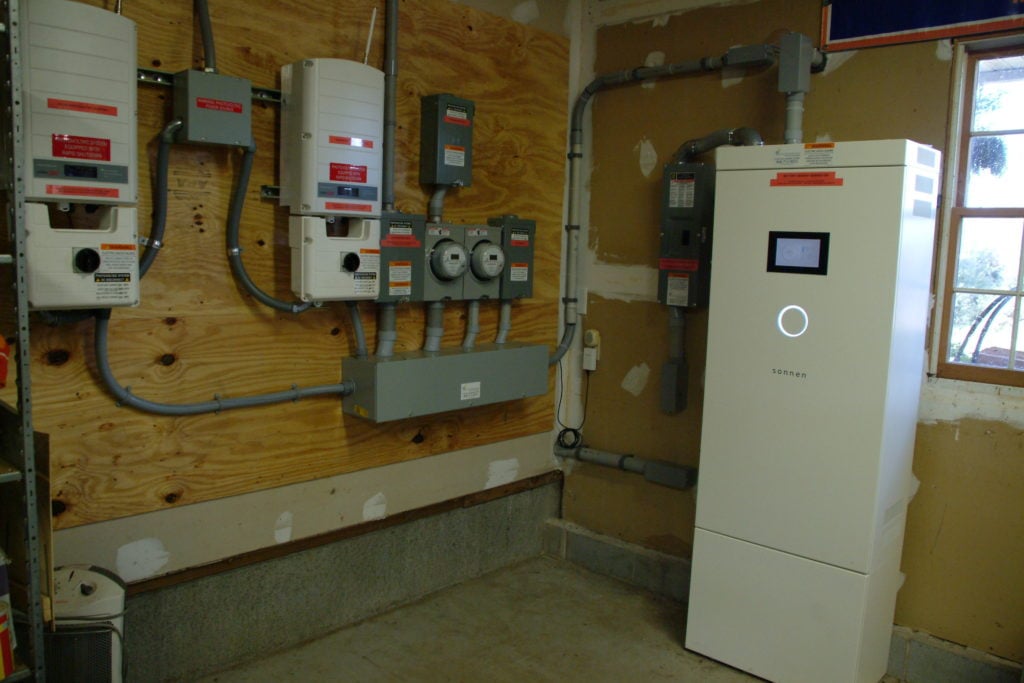 The connection between Tassot Apiaries and solar is built out of a classic mixture of practicality, frugality, and philosophy.  Practicality in that they had experienced many power outages.  They needed the ability to continue their bottling process through these outages.  “I remember the gas lines from Hurricane Sandy,” Jean Claude said. “A gas tank with a propane generator would have been less money, but if they run out, we run out.  Solar is more reliable, and generators are noisy.”  Bea then added, “We lose power a lot here, you cannot shower, you cannot work, you cannot do anything.  Everything depends on electricity and now we have a choice.”

The Tassot’s have installed a 16 kWhr Sonnen solar battery backup system.  The batteries are charged by their solar panels and can power their store and house for 3 full days without any sunlight during an outage.  If the sun stays out even for a brief time in an outage, they can theoretically run off their batteries for years.  Sonnen is a German company which manufactures their product in California.  It has a built-in inverter and charge controller for easy compatibility with solar.  The solar component is comprised of (90) Axitec 280 watt solar panels, which is also a German company.  The inverters are SolarEdge, the most efficient inverter on the market today. 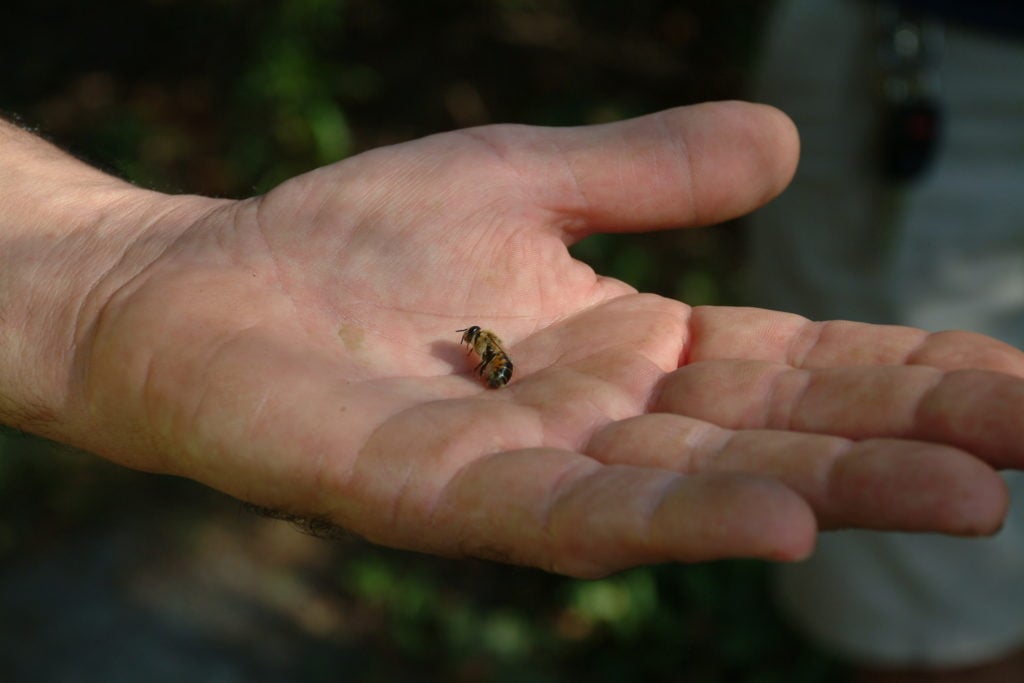 The frugality connection to the installation of the solar battery backup system comes from the operating cost the farm endured before solar.  “The bill was formally $500-750 per month, or an average of $7,200 per year,” Bea said.  “Plus now, we get to sell our ‘Shrecks’.”  “Shrecks” is the playful name the Tassots have given to the SRECS, the New Jersey incentive for producing solar.  They will save $7,200 per year in electricity, and over $5,000 per year in “Shrecks” (SRECS or Solar Renewable Energy Certificates).  In addition to these savings which will increase their bottom line, the solar and the batteries qualified for the 30% Federal Tax Credit (ITC).  40% of their investment will be recuperated in year 1 alone.   In perfect serendipity, while we were sitting at the Tassot’s kitchen table the mail arrived, and with it a $0 electric bill for the month of September!

Finally, their philosophy is to try their best to be green which stems from their concern around the declining bee populations since around the year 2000.  Their process is totally organic.  Bea said, “Instead of saying yes we could be green or we could do this, we could do that, now we can walk the talk.” This green philosophy goes beyond just solar and using green products, but also buying local which was a major consideration in choosing Green Power Energy as their installer.  Green Power Energy is the most local solar company to Tassot Apiaries.  In addition to having solid knowledge and references, Green Power Energy was the only company willing to install a solar battery backup system for the Tassots.

The plight of the bees is a major issue that the Tassots reinforced repeatedly.   They associate the disappearance of bees with the use of chemical pesticides, and specifically a variety of neonicotinoid chemicals.  “The bees are disappearing, it’s a real global issue,” Jean Claude said.  “Bees help produce at least 1/3 of the food you eat, without bees, there is no food.” 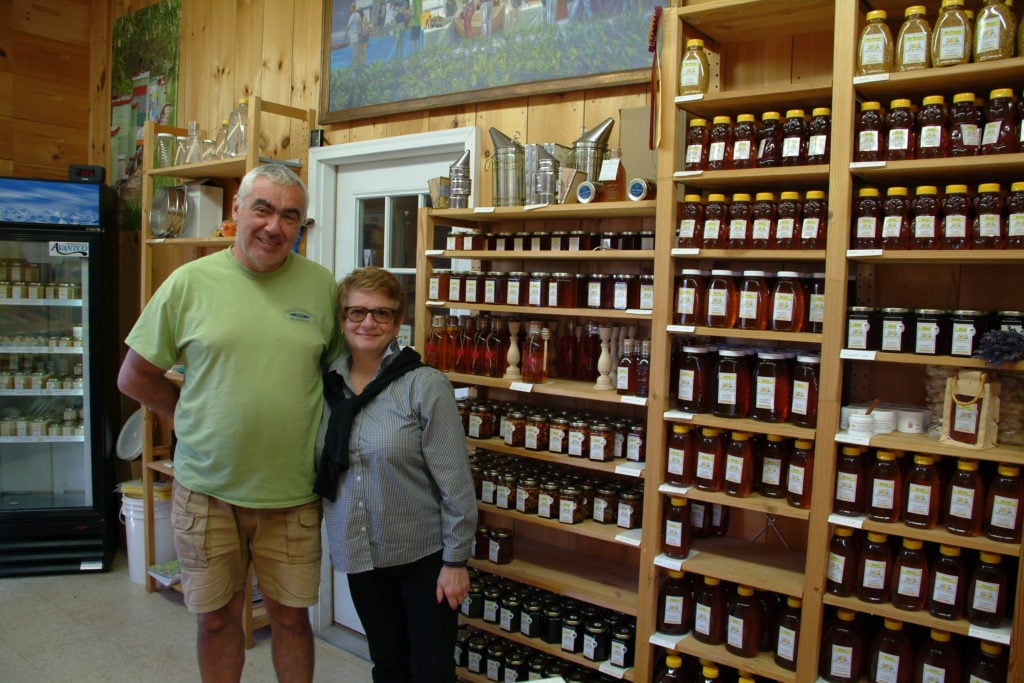 You can also find their products at many farmers’ markets and stores like The Basil Bandwagon.  Visit Tassot’s website for information on products, and information on beekeeping. http://www.tassotapiaries.com/

For a quote on a solar battery backup system, contact Green Power Energy.